We’re a team of athletes and fans who love to win on and off the field.

Since meeting as student athletes at the University of Virginia, the two have supported each other through demanding professional careers—as an NFL defensive end in Chris’s case, and as a member of the US National Lacrosse Team in Megan’s. Proud as they were of their athletic accomplishments, however, they soon realized they had even bigger ambitions.

During a life-changing climb of Mt. Kilimanjaro in 2013, Chris learned about the many problems caused by a lack of reliable, readily accessible water sources in communities around East Africa. His experience inspired him to launch Waterboys in 2015—a coordinated effort to raise money for clean water projects in the areas facing the greatest difficulties.

Since that time, Chris and Megan have worked together to raise awareness of the issue and mobilized funding for the on-the-ground partners most capable of meeting basic human needs around the world. In 2020, Megan launched water4Her, a focused initiative designed to highlight the difficulties faced by East African women and girls who spend entire days hiking back and forth across dangerous terrain to provide their families with water from unreliable, far away sources. 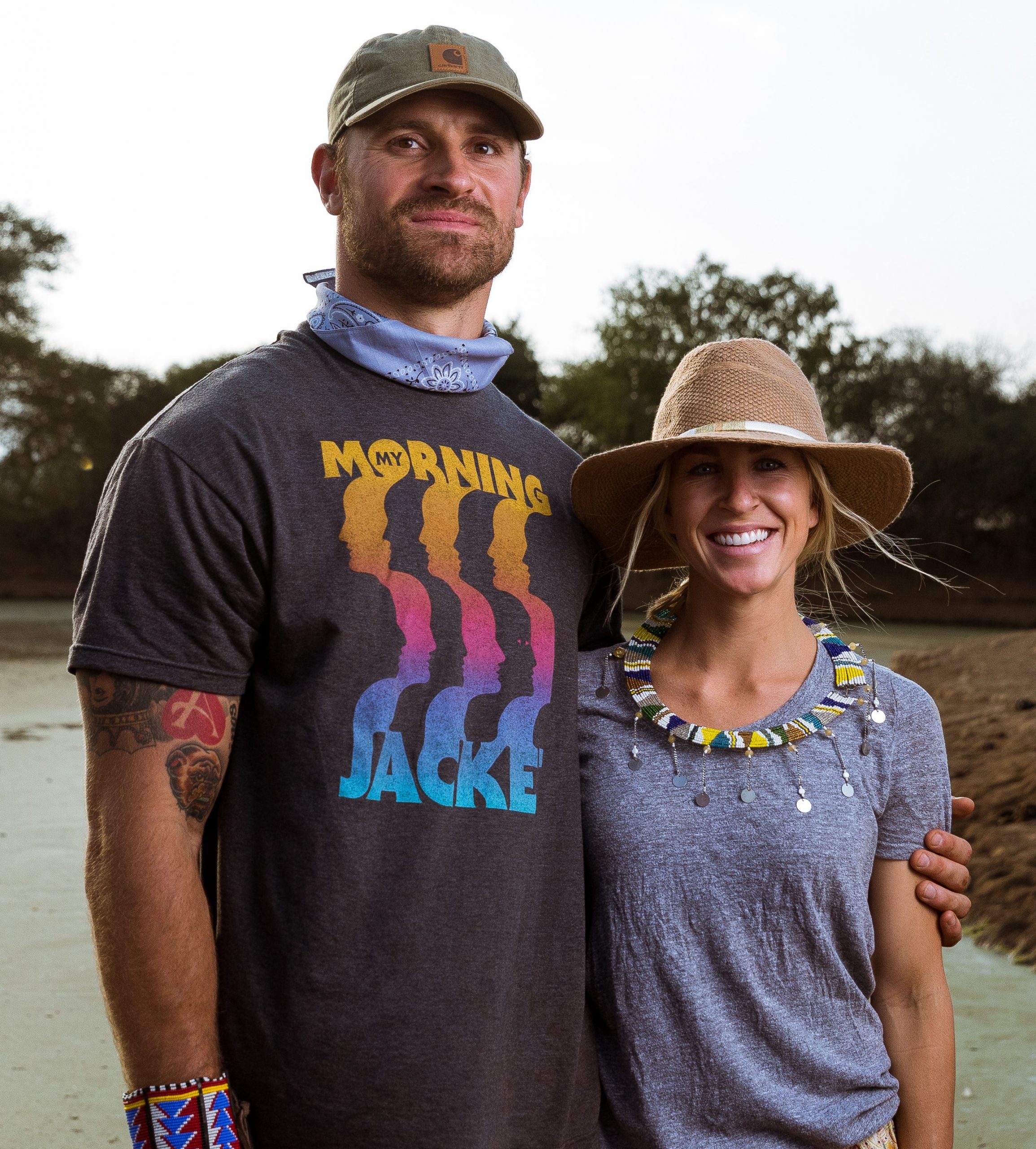 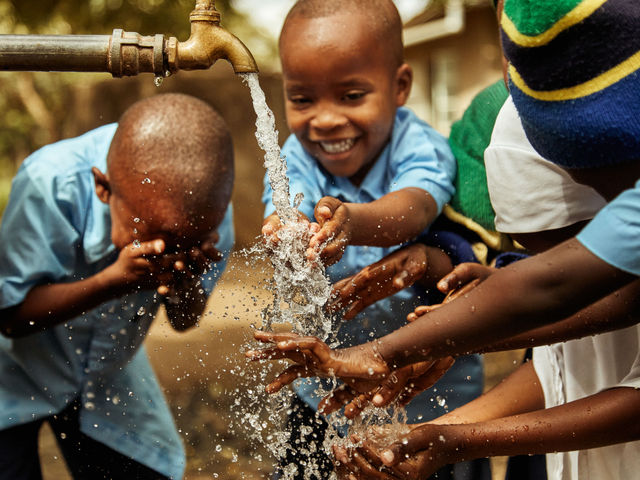 Chris and Megan have also had a longstanding commitment to supporting and empowering youth. In 2021, they expanded the scope of the Chris Long Foundation to address the basic educational needs of children. Through CLF’s Ed Zone program, the couple works to provide free books to kids around the United States and access to hygiene kits, shoes, and winter coats for students in their target cities of Philadelphia, Charlottesville, and St. Louis.

Today, Chris and Megan focus their time on raising their two wonderful children, and on helping more and more people to build lives grounded in good health, comfort, security, and prosperity.

Learn more about our efforts to serve vulnerable people, at home and abroad.

Gus Gast is partner at Moneta, one of the nation’s largest fee-only Registered Investment Advisers.  Throughout his 19 years at the firm, Gus has worked as a Family CFO by creating comprehensive, long-term plans for successful families, helping them achieve their goals while staying true to their values.

After growing up in a small rural community in Illinois, Gus earned his B.S. in Accountancy from the University of Illinois.  His first experiences in the financial services industry were with Price Waterhouse, now PwC, helping companies with consolidation and financial reporting requirements in their initial public and secondary offerings.  He continued those efforts in industry as Treasurer for a publicly-traded company with responsibilities for SEC reporting, and in mergers and acquisitions during the company’s evolutionary phase.  He then worked as VP – Finance at 2 start-up companies with ground-floor involvement providing structure, processes and financial reporting systems.

Gus is married to Kelly Gast, an executive at Bayer.  They have 3 children, all following in their accounting/finance footsteps.  Gus and Kelly are active in many charitable causes serving on several boards over the years in an effort to improve their community and the lives of those in it.  Gus is an avid outdoor enthusiast, enjoying a myriad of outdoor sporting activities including snow skiing, scuba diving, golf, hunting and fishing.

Diane was born in Red Bank, New Jersey in 1960. She received her undergraduate degree from Villanova University in 1982, her law degree from University of Southern California in 1987 and was admitted to the State Bar of California in 1988. Since retiring from practicing law, Diane has been a member of the NFL Heads Up Football advisory committee and was a frequent speaker for the NFL and NFL team events. Diane has been national spokesperson for the USA Rice Council and authored the book, He’s Just My Dad. Diane supports numerous nonprofits as a community volunteer focusing on youth development. She is a longtime board member of the Boys & Girls Clubs of Central Virginia and has co-chaired three successful capital campaigns for the construction of new club buildings, as well as taken leadership roles in the design of the buildings in Virginia and Montana. Diane is married to Howie Long and has three sons and two grandsons. She resides in Virginia, Arizona and Montana.

For the past 12 years, Jilli has worked at Google helping organizations around the world move to and work in the Cloud – first enterprises, and now schools. As a Program Manager on the Google for Education team, Jilli helps K12 education leaders adopt Google technology to make an impact in the classroom. Her team strives to make learning possible for everyone, everywhere – a mission Jilli cares deeply about and sees mirrored in the Chris Long Foundation’s focus on equity and education.

Jilli spent the first 21 years of her life in Charlottesville, VA, graduating from the University of Virginia in 2008. She’s lived happily in San Francisco ever since, now with her loving husband and two beautiful little boys.

Rahul is currently pursuing an M.B.A. at Columbia University. Prior to business school, Rahul was a Senior Associate at Endeavour Capital, a middle-market private equity firm. During that time, he worked with companies in the transportation and logistics, food and consumer, specialty retail, and healthcare industries. Prior to Endeavour, he was an Analyst at Harris Williams, an investment bank specializing in M&A advisory.

Rahul is a graduate of the University of Virginia and a long-time UVA sports fan. He began volunteering with the Chris Long Foundation in 2017 and is passionate about the Foundation’s focus on equity and education. Rahul currently resides in New York City with his wife.

Amanda serves as a prosecutor for the Pennsylvania Office of the Attorney General.  Amanda is an attorney whose legal career is focused on pursuing justice for victims of child abuse, sexual assault and human trafficking. Amanda graduated from American University with a degree in Business Administration and was a member of the women’s lacrosse team. Following her graduation from American University, she attended Villanova University School of Law and received her Juris Doctorate in 2013. Amanda lives outside of Philadelphia with her husband and son, Jay.

Matt O’Malley is the Chief Executive Officer of Premier Orthopaedics – a $120M+ physician enterprise headquartered in Newtown Square, Pennsylvania, and one of the largest private orthopaedic groups in the country. A seasoned leader, Matt brings to the Chris Long Foundation nearly 20 years of experience in strategy, business development, and transformation in both the nonprofit and for-profit healthcare sectors. Matt holds undergraduate (BS, Biology) and graduate (MBA) degrees from Villanova University and resides in Philadelphia, Pennsylvania.

Tom is the Founder and Managing Partner of Dry Creek Partners. He began his professional career as a tight end for the Indianapolis Colts of the NFL. After earning an MBA from the University of Virginia Darden School of Business, Tom held a number of roles in Alternative Asset Management and Investment Banking. He enjoys staying involved in the football community, most recently serving as a coach at Howard University. He currently resides in Washington D.C.

Matthew Slater, Special Teams Captain for the New England Patriots, is a three time Super Bowl Champion and holds an NFL record ten special teamer Pro Bowl nods. He has been selected to the AP All-Pro Team five times and was named to the Patriots 2010 All-Decade Team. He is the most recent recipient of the NFL Art Rooney award for sportsmanship.  As a respected veteran NFL player who exemplifies character and leadership on and off the field, he consistently chooses to use his national platform to make a difference in the lives of others.

Matthew regularly gives back through numerous non-profit organizations. His work in the community includes serving as a member of several boards, including the Chris Long Foundation. Matthew and his wife, Shahrzad Slater, MD through the Slater Family Foundation aim to provide and promote all aspects of health through the power of community and the Gospel of Jesus Christ. To this end, they have been honored to join the outstanding work of many other national and international organizations. In collaboration with some of his teammates, Matthew has fought for social justice through education and legal reform. He has also advocated for awareness around the importance of voting and voter education.

Matthew’s lifelong leadership, service, and philanthropy have been recognized through several awards including the 2020 Ron Burton Humanitarian Award, the inaugural Ron Hobson Good Guy Award in 2016, the 2017 Bart Starr Award, the 2012 Walter Payton Man of the Year for the Patriots, and the New England Patriots’ 2013 Ron Burton Community Service Award.

Matthew and Shahrzad live in Massachusetts, have been married for seven years, and have three children (and one on the way).

Nancy Hopkins joined the Chris Long Foundation in 2022. She previously served as Director of Programs for the Presidential Precinct, where she designed, implemented and evaluated programs that help leaders from all around the world deepen their impact by coming together to learn, exchange ideas and collaborate. Prior to joining the Presidential Precinct, Nancy ran her own consulting practice, providing services to several leading global development organizations. She served as Director of Program Planning and Assessment and Cambodia Country Representative at the Asia Foundation, and has also worked at Oxfam America and for Ashoka in Bangladesh. As a longtime Charlottesville resident whose two children have attended the Charlottesville City Schools, Nancy is a dedicated PTO volunteer supporting local educational equity. She holds a Master in Public Policy degree from Harvard Kennedy School.

Ryan Chambers is the Foundation’s new Director of Development, bringing deep expertise in resource development, marketing and corporate engagement.  Ryan joined us in October 2021 from the University of Virginia, where for five years he served as Director of Corporate Sales for UVA Athletics, engaging with a wide range of corporate partners. Ryan came to UVA from the University of San Francisco in a similar role and spent nine years at Georgia Southern University, where he started his career in fundraising, serving as Director of Development concentrating in Major Gifts. He also served as their radio broadcaster, doing live play-by-play commentary for football, basketball (Men’s and Women’s) and baseball, as well as playing host to various TV shows for the school.

Kim Packett joined the Chris Long Foundation in 2019. She has over a decade of experience in resource mobilization and stewardship, project management, special events, and research. She previously worked at Stratford Hall, where she served as Development and Marketing Manager for 4 years focusing on fundraising events, database management, board management, external communications, and advertising. Kim came to Stratford Hall from the Shapell Manuscript Foundation where she was a Civil War Researcher working on the Shapell Roster project, the first-ever comprehensive data archive documenting Jewish soldiers who served in the American Civil War. She holds a M.S. in Historic Preservation from Roger Williams University.

Thank you to the many companies and organizations who have supported our mission.

Our Commitment to Transparency

At the Chris Long Foundation, we are committed to making information about our impacts, partnerships, and methods freely available to the public. Below you’ll find our latest annual report, and please feel free to contact us with any questions.